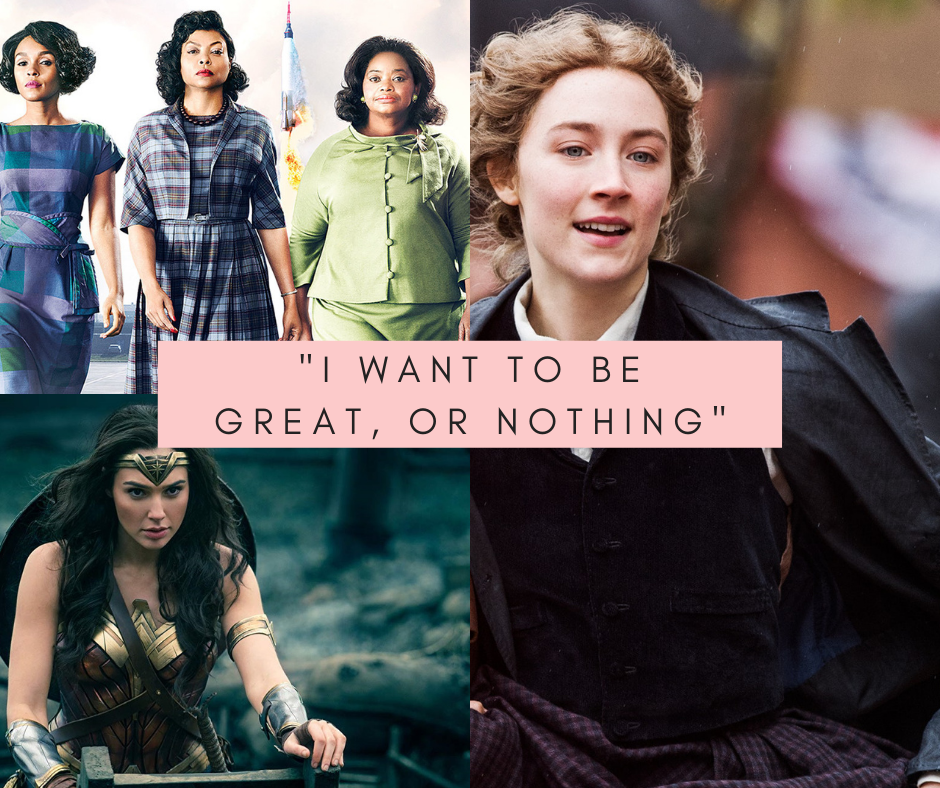 11th October celebrated International Day of the girl, a day that celebrates girls who are breaking barriers, to raise awareness for equality and a day to amplify girls voices. At Kidderminster College, we support all of our female staff and students and believe in the equality of women. We’ve put together a watch list of strong female leads to celebrate how fantastic women and girls are!

So grab the popcorn, relax on the sofa and enjoy watching these awesome women making waves.

You can’t think of a strong, independent woman without thinking of Elizabeth Gilbert. Eat, Pray, Love is Liz Gilbert’s travel memoir, following her divorce and relationship breakdown she travels solo for a year to Italy, India and Bali. A great watch to celebrate solo female travel, personal growth and a whole lot of carbs.

This noughties classic follows Jess an Indian football player who has dreams of following in Beckham’s footsteps. This cult classic is just what you need to inspire you to pursue your passions despite traditions, gender roles and your parent’s perceptions.

“A girl bends the rules, to reach her goal, in professional soccer. But her traditional parents refuse to even consider it and want her to hang up her football boots, find a nice boy and learn to cook”.

Making waves, another noughties classic is Legally blonde. A film that proves that women can do anything they want to do. This film follows Elle Woods as she enrols in Harvard Law School to get back her man, proving to her ex Beau and men everywhere that women aren’t just there to look pretty. “You must always have faith in people. And, most importantly, you must always have faith in yourself.”

Based on a true story, Hidden Figures follows the story of three African-American women who served a vital role in NASA during the early years of the U.S space program. The story uncovers important issues on race, gender and highlights the importance of getting more women involved in male-dominated industries.

An Amazonian badass woman fighting the bad guys, what more do you want?

“Princess Diana of an all-female Amazonian race rescues US pilot Steve. Upon learning of a war, she ventures into the world of men to stop Ares, the god of war, from destroying mankind”.

Dolly Parton is the star in her motion picture debut, 9-5 is about three working women who fantasise about taking down their sexist boss. A boss who sexually harasses women, takes credit for their ideas and unfairly fires female coworkers. “What a way to make a livin’. . .”

“American journalist Kim Baker goes to Afghanistan as a war correspondent for a short time. She ends up putting herself in danger to get stories and eventually stays there for years”. A film that breaks gender stereotypes and puts women in genres typically reserved for men. A woman about doing her job in a male-dominated world, yes girl!

A mystery film based on the first book in the series by Nancy Springer. The story is about the teenage sister of the already-famous Sherlock Holmes, who goes to London in search of her mother who has disappeared. Enola is a badass young woman who fights, solves mysteries and has a great feminist of a mother.

Game of Thrones actress Sophie Turner plays Jean Gray in the Xmen franchise movie. It’s also one of the first female-led origin films, though we’re hoping it won’t be the last.

What a classic! A young girl who has a special gift of telekinetic powers protects her school friends and favourite teacher from the terrible Trunchbull. This young woman is a great role model for young girls that despite your circumstance you can learn and do anything you want to, except having telekinetic powers that is.

A coming of age story of four sisters each with their own dream, willing to live life on their own terms. Adapted from Louisa May Alcott’s novel, you instantly fall in love with these sisters and the infectious ambition of Jo March.

Do you have any female classics to add to our list?

Want more? Check out our netflix series for every lockdown mood.