Three Kidderminster College students were dancing for joy after being selected to represent Team England at the Dance World Cup. Ike Fallon, Damon Gould and Jenny Lancaster were just three of the lucky few who were selected to represent Team England and Harlequin Dance School at the prestigious annual event which this year was held in Romania.  Not only did they return with five gold medals, one silver and two bronze between them, Team England were also crowned World Champions.

Ike competed in a character solo dance, Damon in a modern solo dance and all three in a jazz trio.

Marc Thorne, Head of Creative Industries at the College, said: “We are all incredibly proud of their amazing achievements and how far they have come as performers, it is a tribute to their continued dedication, hard work and talent they have achieved this wonderful result. Not only did they have great success individually but they also contributed to a winning team, which is what it’s all about and we couldn’t be more thrilled for them!”

“We would also like to congratulate the rest of Team England and Harlequin Dance School on such a terrific achievement. At the college we have some of the some of the best industry trained dancers, performers and technicians in the industry which is evident when you see the places that our students progress to on completion of their studies, such as Laine Theatre Arts, Urdang Academy, LIPA, Birmingaham School of Acting and the Midlands Academy of Dance and Drama to name just a few, many of whom including Damon and Ike receiving full scholarships to continue their studies.” 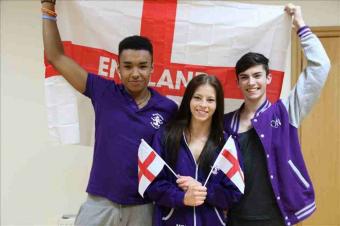