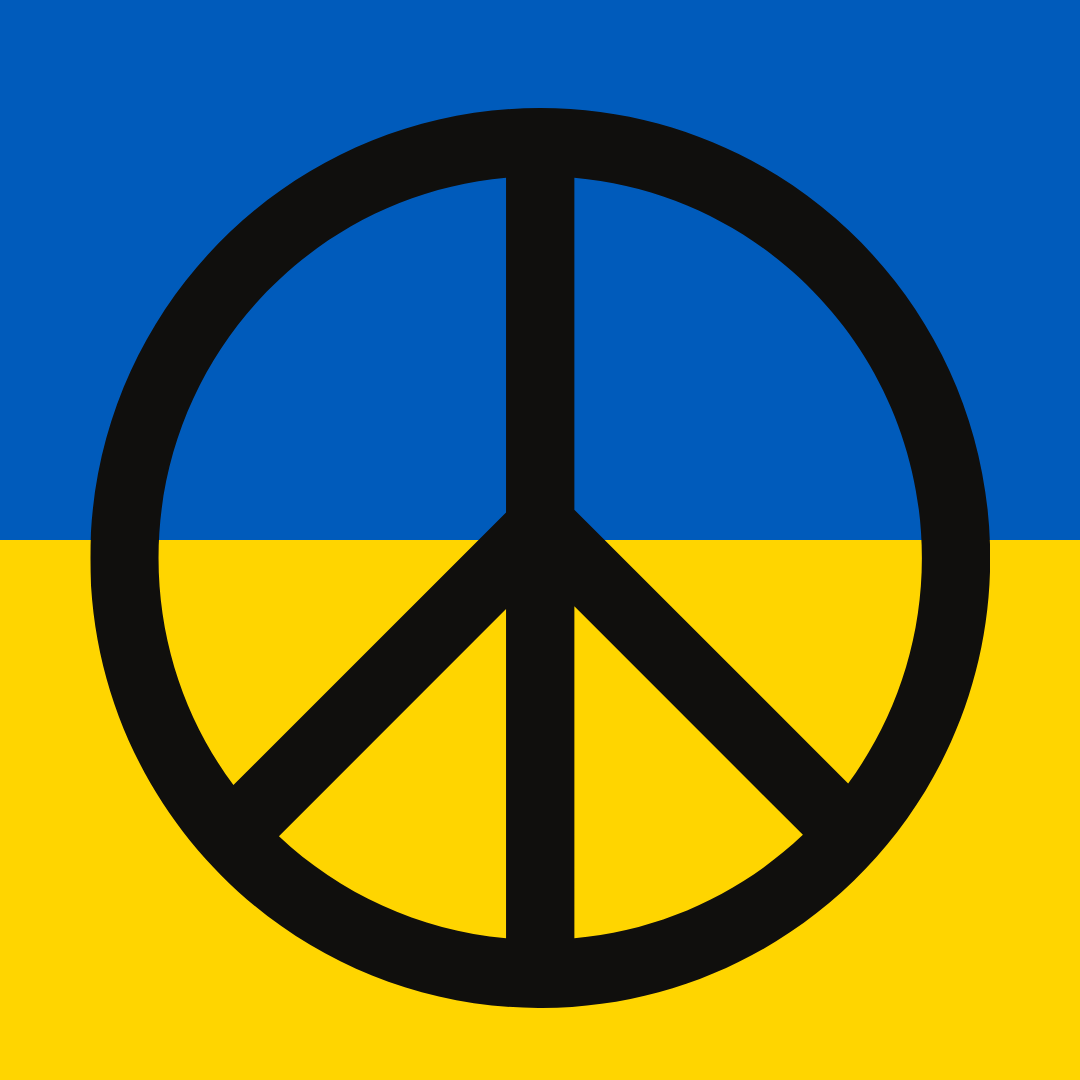 We need to talk about Ukraine

There is a lot going on in the world right now that we need to talk about, especially in Ukraine. We’ve put together a list of resources, details and facts about what is currently going on to ensure you guys stay informed, are able to spot fake news and to help deal with any emotions the current state of the world may bring up.

There is a lot of information to go through, so we recommend you grab a cup of tea. If you have any extra resources that we can add to this post, please do let us know. We will be updating it as events unfold.

KC have set up a donation station in our reception area along with a list of things that are greatly needed. Over the upcoming weeks, we’ll be boxing up all the donations and ensuring that they are sent to where they are needed most.

So what is actually happening?

On the 24th February 2022, Russia invaded neighbouring Ukraine. The President of Russia, Vladimir Putin, said that Russia could not feel “safe, develop and exist” because of what he claimed was a constant threat from modern Ukraine. He claimed his goal was to protect people subjected to bullying and genocide and aim for the “demilitarisation and de-Nazification” of Ukraine. There has been no genocide in Ukraine: it is a vibrant democracy, led by a president who is Jewish.

Immediately the Russian President’s statement, airports and military headquarters were attacked, then tanks and troops rolled in from Russia, Russian-annexed Crimea (this means Russia is in control here) and its ally Belarus (Belarus is a neighbouring country to Russia and is offering it’s support to the Russian invasion). Now, warplanes have bombed major cities, and Russian forces have seized control of the key southern port city Kherson.

Russia refuses to use the terms war or even invasion; many of its leader’s justifications for it were false or irrational.

It’s important to stay informed with what’s going on in the world, as more often than not, it shapes what happens here in the UK.

Here are few videos which explain what’s happening in Ukraine:

Podcasts to check out:

There are many ways to stay informed about what is unfolding in Ukraine, here are a list of interesting Podcasts that explain what has happened, what is happening and how it is affecting the world around us.

Ukraine and Russia – The Rest Is History

In Ukraine, the Men Who Must Stay and Fight– The Daily

On the brinkmanship: a special episode on Ukraine and Russia – The Economist Podcasts

Nato stands for the North Atlantic Treaty Organisation and is an international organisation which brings together the armies of various countries, including the UK, the United States and France.

The aim of Nato is to make sure that its member countries don’t fight each other, and that instead they use their forces to work together for world peace. Now, Nato member countries agree that if any one of them is attacked, the other countries will come to help them. It’s hoped this will stop military attacks on any Nato country.

Its original aim was to tackle the threat of Russian expansion in Europe after WW2.

Why is Russia unhappy with Nato and Ukraine?

Ukraine used to be part of the Soviet Union. It borders both Russia and a group of Western European countries, known as the European Union. It is not a Nato member, but it is a “partner country” – this means there is an understanding that it may be allowed to join the group sometime in the future. Russia wants promises from Western countries, including the US and UK, that this will never happen. However, the US is refusing to stop Ukraine from joining Nato, saying that Ukraine should be free to decide on its own security partnerships.

For more information, take look at this article

It’s really important to note that just because the Russian government have invaded Ukraine, this is not necessarily what Russian Citizens want. It’s important to keep an open mind and look at all the different viewpoints. Russians opposed (against) what is happening in Ukraine have very little power to stop what their government is doing. There was been multiple protests across Russia against what is happening.

Due to sanctions imposed by the rest of the world, life is becoming increasingly difficult for Russian nationals.

Why is Chelsea Being Sold?

One of the things you have probably seen recently is that Chelsea football team are up for sale. Chelsea’s owner, Roman Abramovich, is a Russian billionaire. Since Russia invaded Ukraine, the UK and EU have started to bring in financial sanctions against Russia. A sanction is a penalty applied to a country by another when they are seen to be doing something wrong. The European Union has brought in financial sanctions against Russian billionaires, which means the billionaires can’t access their money outside of Russia, including property and businesses.

There’s a really interesting Newsround Article  here explaining a bit more about why the football club has been put on the market and what the valuation of it is (we wish we had that sort of money!)

We live in an online world.  24/7 access to social media means that we are constantly bombarded with news, ‘facts’, statements and opinions. It’s hugely important to be able to identify fake news, or where something has been made up (fabricated). You cannot believe everything you see online, it’s important to know the tell-tale signs of disinformation and misinformation as well as facts and truth.

This Twitter thread shows how to fact-check and work out if what you’re reading is the truth or is something being misrepresented. With all the eyes of the world watching the events unfold in Ukraine, our social feeds are vulnerable to being manipulated. Taking time to fact-check what you’re reading is a great habit to get into and means you can spot fake news more easily when you scroll across it.

What is Fake News?

Here is an amazing article which explains what fake news is, why people create fake news and how to spot it.

Be savvy with Tiktok

One of the big sources of information right now is TikTok; some people would rather get their news from social media instead of traditional news outlets, but you have to be careful that these videos are genuine and verified. The best place to get verified content is from verified news sources such as the BBC, Global World News, and Sky News

It’s also worth learning how to spot misleading stories; there’s an article here about what the telltale signs of fake news can look like, particularly in relation to the current events in Ukraine: Spotting misleading stories about Ukraine Online

It’s also a good idea to brush up on how you look after yourself online and about how what you type and share on the internet, can have an impact on your future.

What can I do if I feel sad after seeing the news?

If you’re feeling overwhelmed by the stories you’re hearing, you can:

The news is making me anxious

Hearing about scary or upsetting things in the news can lead to feelings of anxiety. If you’re feeling concerned about something you’ve read, heard or watched, we’ve got some tips to help.

Being exposed to the news constantly can have a detrimental effect on mental health – whether that’s on TV, on the radio or on social media. It’s a good thing to feel connected to the world but hearing stories about war or terrorist attacks can also make you feel anxious or unsafe. The most important thing to remember is that it’s okay to feel like this.

Hearing about scary or upsetting things in the news can lead to feelings of anxiety. If you’re feeling concerned about something you’ve read, heard or watched, we’ve got some tips to help.

Being exposed to the news constantly can have a detrimental effect on mental health – whether that’s on TV, on the radio or on social media. It’s a good thing to feel connected to the world but hearing stories about war or terrorist attacks can also make you feel anxious or unsafe. The most important thing to remember is that it’s okay to feel like this.

I feel anxious about my own life, what can I do?

When tragic events like a new war, terrorist bombings or shootings happen, you might worry that similar things might happen to you or someone you know. This can feel even worse if you’ve been reading your local news; where crimes might be happening in your area, as an example.

While this is a very normal concern, it is important to remember that these events are very isolated. They are rare and that is why they have made the news. The likelihood that the same bad thing will happen to you is small.

What is being done to keep us safe?

It’s important to remember that Boris Jonson has confirmed the UK will not engage in direct conflict with Russia, so military conflict between Britain and Russia is extremely unlikely. Find out more about this issue here.

The government and our police are dedicated to keeping people in the UK safe from all kinds of crime, ranging from the minor to extreme. Extra precautions put in place to keep you safe include:

Don’t forget – terrible things are on the news because they are rare and do not happen very often.

Although people are spending a lot of time talking about it, it is still very unlikely that events like this will affect you or your family.

The most important thing is that if you are feeling upset, don’t keep what’s troubling you about the news to yourself.

Talk to an adult about the issue in the news that is worrying you.

That can help you to understand what is upsetting you, and help those feelings of sadness, anger or confusion to go away.

We're here if you need to talk

KC have a dedicated Safeguarding Team who are always on hand, either in person or via email: stayingsafe@kidderminster.ac.uk

We also have our own counsellor who you can book appointments with; pop to reception and speak to Student Services to arrange a session.